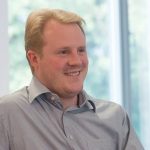 Having previously settled in Norfolk, my wife, family and I moved to Acle, encouraged by the community that we saw here through friends, and the role that the Primary School played in that.

I have had a range of work experience, working and consulting on change management for both large and small businesses in the profit and not-for-profit sectors, holding and MBA and a Professional Consulting Diploma. As well as change management, my experience covers strategy development, governance, communications, training, people management, finance and budgets, risk and project management.

After changing jobs in 2019 and finding myself with more time at home, I wanted to give something back to the community that we’d chosen to be a part of. With our eldest daughter starting school that year I volunteered to become a Parent Governor, and was delighted to be selected by my fellow parents.

I am very much looking forward to working with the new Head and Deputy, and the rest of the Governors, to support the school through its ongoing development journey. 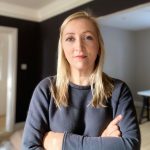 Having grown up in Norfolk , I studied Fashion and Textiles Design at Kingston University , and have since been fortunate to work for 25 years in Italy and the UK for many fashion brands such as Adidas, Marks and Spencer & Max Mara. My roles have always involved financial costings , factory compliance , training , people management , and obviously creative design input.

I have two children, who have both attended Acle Primary since Reception. My daughter is now in Y7 at Acle Academy, and my son is in Y6. They have both gained so much in so many ways from attending Acle Primary, and are very fortunate to feel very much part of the school community. I decided to become a Parent Governor in 2014, having previously been a member of the committee at Acle Pre School. Since 2014 I have been a member of both the Standards, Teaching and Learning Committee, and Strategy and Resources committee. I became Vice Chair in September 2018, and after the departure of our previous Chair of Governors in July 2019 I was Acting Chair of Governors, until the appointment of Alastair this term.

I am delighted to be able to continue to play a part in the school’s future development , and to support the new Head teacher and Deputy Head at Acle Primary School.

Su Chinnasamy, Foundation Governor
I am Su Chinnasamy, born and brought up in India, mother of two inquisitive minds, and a Chartered Physiotherapist, living in Acle. I own a small private practice and work in the community. I qualified as a Physiotherapist 20 years ago and I travelled to South Australia to complete a Masters degree. I have worked and lived in the Republic of Ireland, before moving to Manchester, Kent and finally to Norfolk 10 years ago. My eldest son having been to Acle St Edmund is now in high school and my youngest is in year 5 at Acle.

I became a Foundation Governor in 2016. Being a Christian by faith I believe in tolerance, equality and diversity. I bring with me life experience of being in different places and cultures, and an immense love for science, sport and reading. I believe in our school’s vision and the story of the mustard seed in its heart. My hope and aim for our children is that through a broad, rich and creative curriculum they will grow up to learn more, think more and BE more. In my spare time, I love walking long distances and occasionally climb a mountain. 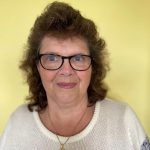 I first became familiar with Acle Primary School when my oldest daughter, now 24, started in Mrs Brown’s reception class. Following this, I volunteered on a regular basis before becoming a teaching assistant at the school. Because of my passion for giving the children the best possible start in life, I decided to stand in an election as parent governor and have been a governor for approximately 10 years, taking on various roles, with a particular interest in being a Foundation Governor, with a focus on Safeguarding and Recruitment.

Claire Mackay, Foundation Governor
I am an NNEB Nursery Nurse with many years’ experience of working with children of all ages and in a variety of settings. Although I grew up in Norfolk I have lived and worked abroad and been lucky enough to visit many other countries. I first came to Acle Primary in 2003 when I was appointed as an LSA working with a child diagnosed with autism. In 2015 I rejoined the school as an MSA when my granddaughter started in Reception and since then I have done cover work and helped in all classes in the school. I currently serve on All Saints Beighton PCC and represent them on the Benefice Council.

I have only recently been appointed as a Foundation Governor but I am looking forward to working with the other governors to ensure that the school continues to provide a safe and nurturing environment where all children are valued and can flourish.

eacher along with my job share partner Mrs Taylor. I am also MFL subject leader at the school. I have taught all age groups from Reception to Year 6 and have worked at this school since 2012, having relocated from Essex to Norfolk with my children, who are now at university and high school. Prior to qualifying as a teacher in 2000, I worked in London for HSBC. I was on the PTA at my son’s Primary School and am currently on the Friends committee at his High School.

I am very proud to be involved with such a great team at Acle, all working to ensure that every child who comes through our doors, is able to flourish and develop socially, emotionally and academically and is supported to achieve their potential. 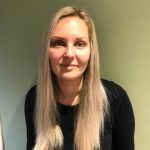 Hello, my name is Grace Abel and I am a parent governor within the school. I have 4 children within Acle Primary and I am involved in the school in many ways. As well as being a governor, I chair our Parent Teacher Association (FOSA) and volunteer as a parent helper, all of which I thoroughly enjoy. I am also currently working towards qualifying in teaching, at secondary level. Having children throughout different key stages gives me great insight into the individual needs and progress of each class, as well as maintaining professional relationships with the teachers and staff. As a governor, I look forward to working alongside a well-established governing body who work hard to maintain a high standard of learning and a safe environment for the children to express themselves. I hope to contribute towards this and ensure a happy and effective workplace for both the children and staff.

Nigel Harriss, Local Authority Governor
I have lived in Acle for many years and was a pupil at both the former St Edmund Primary School when it was in The Street; and the High School (now Acle Academy). I work in Local Government, managing a joint team across two District Councils delivering a planning service and I advise elected members on planning applications and related matters. I have two daughters, both of whom attended the Primary School and one is currently at the Academy.

Miriam Jones, Co-opted Governor
I hold a Post Graduate Diploma in Higher Education Practice from the University of East Anglia, National Professional Qualification for Headship, Postgraduate Certificate of Education (University of Wolverhampton) and BA (Honours) in History and English (Lancaster University). I am a Fellow of the Higher Education Academy. Since January 2016 I held the role of Lecturer in Education and tutor on the Primary PGCE at the University of East Anglia. I also teach undergraduates, and have been Course Director for the BA in Education since August 2019.

In my previous posts as Headteacher of two primary schools for eight years I was responsible for ensuring the best possible educational outcomes for children aged 4 to 11. In addition to leading a large staff team and taking responsibility for all aspects of school leadership I was Special Educational Needs Coordinator and Cluster HOST SENCO for local primary and secondary schools, chairing SEND development, training and funding meetings. As part of my current role I work with primary teacher trainees, supporting all aspects of their training at UEA and in schools. I am one of two lecturers who deliver primary science lectures and workshops, in addition to supporting all aspects of professional studies. I work closely with a range of schools in the East of England.

I am married with two sons, one who is starting his second year at University and my youngest who has recently entered Year 6. 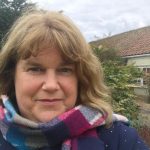 I have been a co-opted governor at Acle St Edmund Primary school since July 2019. I sit on the Standards, Teaching and Learning committee and have specific responsibility for SEND. I was previously a community governor at the school between 2008-2010.

I enjoy working with the governing board to help set the strategic direction of the school in partnership with the senior leadership team and monitoring and evaluating the success of the school in achieving its vision. 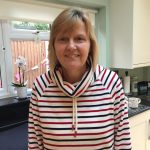 I began helping at the school when my eldest daughter started reception in 2001. After gaining my qualifications I was employed as a Teaching Assistant, a role that I still hold today. I have worked in all year groups during this time and I am currently based in Year 4. Having also had two other daughters at Acle I quickly realised the importance of a good education and the opportunities it can give to children. I therefore decided, nine years ago, to stand as a parent governor although I am now a co-opted governor on the Standards/Teaching and Learning committee. I believe that all children can achieve their full potential irrespective of their background, if they are provided with a broad and varied curriculum and a caring environment that supports both their physical and mental wellbeing. As a governor I support the head teacher and staff at the school to ensure Acle Primary School provides this. 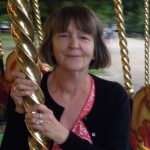 Following a career in teaching PE, I moved to Hill Farm forty-three years ago when I married Stephen Wright, whose family have farmed at Acle since 1870. We have two daughters and four grandchildren. I am the treasurer at Acle Evening WI, a member of the tennis club and we both have season tickets at Carrow Road.

I have got to know many families in the local community over the years through helping at Acle Playgroup in 1977-9, coaching at the tennis club for five years, running a nursery school at Hill Farm 1991-2008 and also teaching Infant Massage at Acle Marshes Sure Start Centre.

It has been my privilege to be a governor at Acle St Edmund C of E Primary School since 2008.

David Stephenson, Co-opted Governor
I am father to two girls. My eldest is in Year 1 at Acle Primary School, and my youngest will be joining the Reception class next year. I have lived in Acle for just over 6 years. Prior to then I had lived in Berkshire/Hampshire for 10 years. My wife and I relocated to Acle to be closer to our families when we were expecting our first child.

I am a design engineer by profession (system design and electronics design). Therefore I am a natural supporter of STEM subjects and am keen to promote STEM whenever the opportunity arises. I have some prior experience in promoting STEM to school children (sponsored by my previous employers) such as; providing class presentations, organising a collaborative school engineering challenge, and mentoring GCSE students (for a brief period).

At home, my main passion is amateur theatre/dramatics. With the arts taking a severe hit in recent times (amateur theatre included), I have focussed my hobbies instead on teaching myself microprocessor programming.

I have recently been co-opted onto the Board of Governors. I very much look forward to working with the Governors in supporting the Headteacher and the school staff in providing the best care and education for the children, particularly in these Covid-19 times.