In Autumn 2016 Year 5 & 6 ‘s topic was World War 2. We incorporated literacy, history, geography, music, art and PE within this theme. 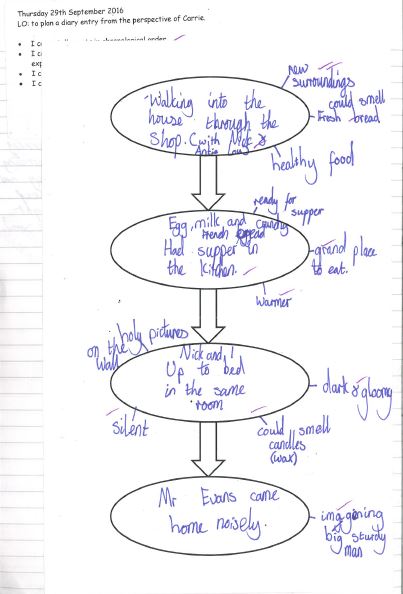 or our WW2 Topic were ‘Carrie’s War’ (Nina Bawden) (Year 5 and 6) and ‘The Silver Sword’ (Ian Serraillier) (Year 6). Within our writing, we analysed and then created our own: character descriptions; first-person accounts; diaries; letter writing; newspaper reports; comparative and persuasive texts; instructions and biographies. We also watched (Year 5 and 6) and read (Year 5) ‘BBC’s Spywatch’ and listened to a range of WW2 broadcasts, including Chamberlain’s ‘We Are At War’ speech.

We located all the allied forces involved in WW2 on a world map, focusing specifically on a timeline of the key events, ensuring that we compared and contrasted world maps before, during and after the war. 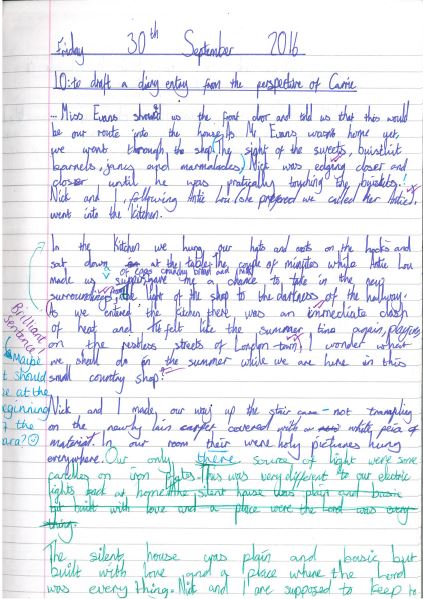 “When we do our topic, it normally links in with our reading, for example our guided reading.  This term we have been doing World War Two and so we have been reading “Carrie’s War” and “Goodnight Mr Tom”. It helps us understand because it explains more about what was going on.  For example “Goodnight Mr Tom is about an evacuee.  It helped me write a letter home from an evacuee from their perspective because I understood what it might be like.  The Poppy Line trip helped me understand too.”

Throughout our topic, we used a range of sources to find out what life was like in Britain during WW2.

In music we l 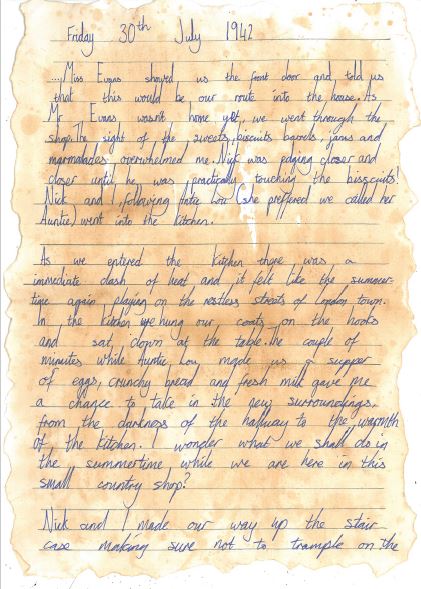 earned and performed songs from WW2.  We found out where these songs were sung and their significance. We thought about pitch, dynamics, timbre, canons and rounds.  Finally we added our own percussion and created graphical notation.

In Art, we refined our sketching skills through the use of different media, such as chalks and charcoals, producing work based on Henry Moore’s Blitz sketches. We also used clay to construct our own remembrance poppies. In the second half-term, we planned, designed and made our own WW2 trench models. 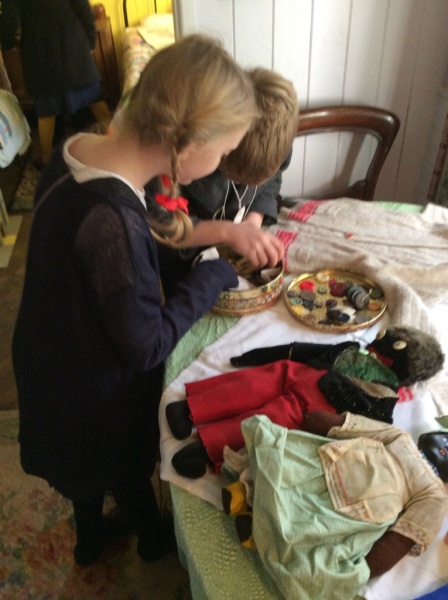 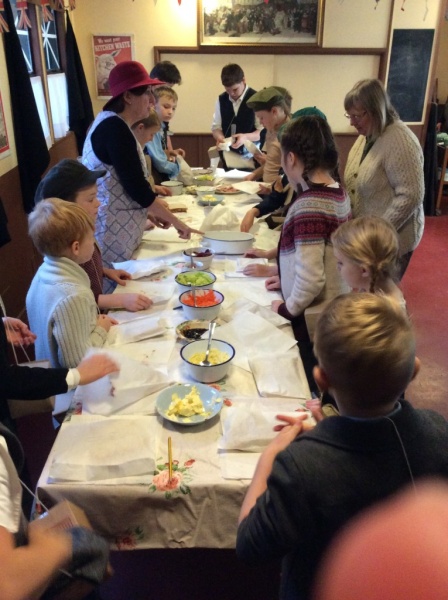 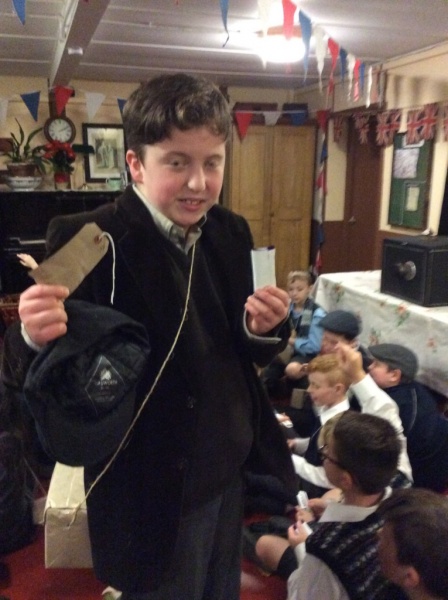 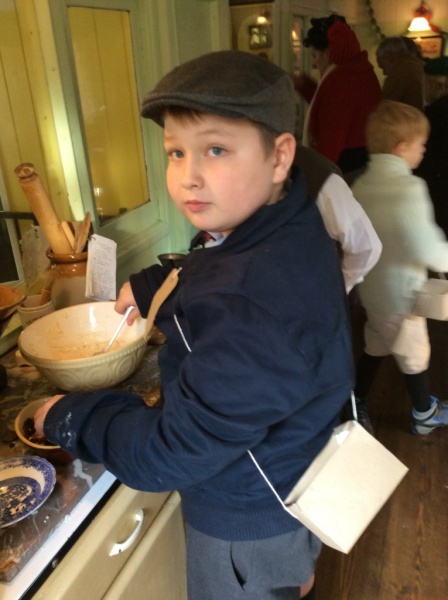 We built on our computer programming skills by learning how to use Scratch to create quizzes and games. In the second half of the term we listened to WW2 radio broadcasts on advice in a black out, how to grow your own food and practical advice on how to make do and mend.  We then used the iPads to plan, script and record our own WW2 broadcasts.

“In our topic it was WWII and there was a lot of code breaking.  All the ladies that did the code breaking, they had to keep it secret.  We had to sign the official secrets act!  Each room, they called them huts- we were hut’s 5 and 6.  When Sebastian saw anyone coming, he would blow a whistle so that we could all hide everything.  We had a cover story to keep what we were doing a secret, even from Mr Henery.  We had to use the Caesar wheel.  It works by spinning round so that you can work out what letters which.  In another code different shapes were different numbers.  The messages they decoded at Bletchley Park were really important.  They helped to win the war.  It was a really fun project! It was exciting keeping everything secret.  We had to work hard to break the codes and we had to work together.  I liked inventing my own codes for other people to solve.”